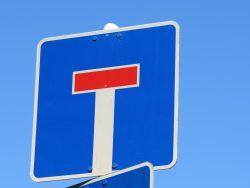 The problem with resolutions is that we set ourselves some mad objectives that are, more often than not, quite unrealistic. And unfortunately, in most cases we won’t get the result that we want. We always think that we can do it if we just apply ourselves, but then it becomes difficult quite quickly so we start to struggle to keep up the momentum and then just give up, finding all sorts of reasons (also commonly known as excuses) as to why it hasn’t worked… So, are your resolutions on track?

There are many reasons why it’s hard to change and keep resolutions so I will stick to the most common ones:

1 – We don’t understand how change works

Just wanting to change something is actually not enough… The first thing to know is that it needs a bit of time, purely because of how our brain works. We either learn from a one-off (often traumatic) event or through repetition. So doing something for just a couple of weeks isn’t going to cut it and this is why crash diets for instance also don’t work. Time is especially difficult to comprehend in an age where we can have everything we want now, because we have conditioned ourselves to be rather impatient and not wanting to wait.

There is also a lot more to the change process than just setting goals, getting motivated or being focused. Yet it’s often what we are told is so important… But it’s quite simply just not enough by itself. Understanding the course of change, how it all works and also why it also doesn’t, is what will allow you to move forward. Knowledge is power and after all, you don’t want to self-sabotage your best efforts, do you?

2 – You are going about it the wrong way

I think this one is best explained with what happened once when I was running a workshop on change. A particular lady was trying to lose weight, but it just wasn’t happening and she couldn’t work out why. I won’t bore you with all the details but after a simple exercise, she had a lightbulb moment and realised that she didn’t want to lose weight… She was actually happy in her own skin and was only doing it for everybody else and their own expectations as opposed to what she wanted. And what she wanted was to be healthier…

3 – We are dealing with the symptom of the problem, not the cause

More often than not, we don’t look much further than the end of our nose and we only deal with what we believe to be the issue. We don’t ask ourselves the right questions so we go with our perception of what the problem is.  And quite frequently, what appears to be the challenge actually isn’t and is down to something completely different. This is particularly true in relationships (and dating) actually. We see a certain behaviour or outcome as the problem, when it often is far more deep-rooted than that.

We also forget that the results we are getting today are because of the choices we’ve made in the past, and that the future will present us with the results of what we are choosing today. This last point is quite important… Because the worst thing we can do is to either rush our decisions or make the ones that do not serve us.

To give you a personal example, I used to be a smoker (a heavy one at that…) and I tried to give up numerous times and always failed… I had tried everything, from hypnotherapy via patches, through acupuncture, magic pills, bla bla bla… If it exists, I’ve probably tried it. And it never worked because I was just dealing with the symptom, i.e. the fact I was smoking, rather than why I was smoking. And the answer to that was not ‘because it’s addictive’ – which is what most people would say. The real issue was actually that I didn’t know how to stop and relax, so smoking was my way of having a break and being in the moment. It was only once I understood that, that I managed to stop (which incidentally is now 10 years ago).

So if your resolutions are not on track, don’t look at the excuses as to why. Instead, ask yourself if you made the right resolution and what, if anything, needs to happen to make it work. Are you doing it for the right reasons and is it really what you want? And if you realise that there is a pattern in what you do, then try something different. Because if you do what you’ve always done, you already know what result you’ll get…

A lot of people like and seek control, some would even describe themselves as a…

How to Bring More Happiness to Your Life