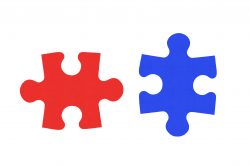 It is a well-known and accepted fact that men and women are different and therefore, it is also a very common assumption to believe that the way they approach the whole dating process is also very different. It is obviously important to stay away from generalisations but equally, in the majority of cases, it is fair to say that when both sexes are genuinely looking for love, they are actually a lot more similar than appearances would suggest.

The world forever evolves but in the last few decades (and especially since the end of the Second World War), there have been some marked changes in terms of the male/ female roles, responsibilities and characteristics. Scientific advances such as birth control have certainly given women more choice over their lives and have opened up new opportunities, leading to a shift in balance. Men have also gone through a transformational time where more and more of them are embracing their feminine side, partaking in very lady-like activities such as massages or pedicures for instance. Let’s not forget there is now a huge range of ‘man toiletries’ ranging from moisturiser to hair products which were unheard of before…

As a result, what were the common features of each sex have changed and actually, are still changing. Both men and women have had to adjust to their new roles, taking on a bit of each other’s make up (no pun…).

This isn’t just true in general aspects of life or work but also in terms of dating. As women became more assertive and conscious of their power to choose what they wanted as opposed to what they were given, a lot of men have become more aware of their need to be attentive and as a result, more romantic.

It is worth remembering that our differences are actually part of our genes and where we come from. Nature gave men and women different sets of skills in order to survive. If we go back to the time of the caves, the man’s primary job was to go and kill the buffalo. The woman’s tasks were mainly to hunter gather and to raise the children. Most of our behaviours are deeply engrained within ourselves and whilst we are evolving, certain characteristics will remain prominent in each gender.

It is extremely important to understand our differences so they can be managed better as opposed to being used in the negative way of generalisations. This is actually true at any one stage of any relationship, be it romantic, work, family, etc. One particular example that springs to mind is that women like to talk online to what seems to be forever for a man as opposed to just meeting up.

Men like to just find solutions to problems where a woman doesn’t necessarily want a solution to the problem straight away. She would rather talk it through and assess all angles. The simple awareness that we are wired differently would allow both parties to accept their strengths and weaknesses. Understanding and compromise are what make relationships successful.

And whilst there are many differences between men and women, there are also many more similarities. After all, the main purpose of dating is to meet a special someone and create a life together. Ultimately, both men and women actually want the same thing. Love. We just approach the whole process in a different way and remembering how one gender completes the other is what we should concentrate on as opposed to focusing on the rest.

Are you attracting all the wrong types or no one at all? Are you struggling to meet ‘the one’? The dating roller coaster of emotions can be quite draining… And if you’re serious about meeting somebody, quite disheartening too.

In the last 15 years, it has become a lot easier to meet people... or…