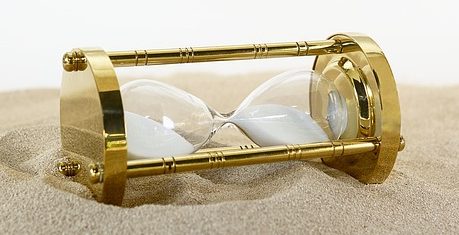 Relationships naturally go through highs and lows. Unfortunately, there are times when the lows become a recurrent and constant occurrence. Often, when cracks start to appear, they are either ignored or not dealt with properly. As busy people, we don’t always take the time to realise that there is a problem and we think that ‘it’s just a bad phase’ or ‘one of those things’ that just happens. So we let it unfold and carry on… After a while, the tiniest thing that the other person does becomes a problem and before we know it, we wake up one morning feeling deeply unhappy.

The problem here is that there is a limit to how long you can leave things to be that way. Often the aggrieved partner will not address what they perceive to be the problem or if they do, it isn’t necessarily done in a constructive way so will probably result in an argument.

Most people actually long for reconciliation but leave it, somehow hoping for a miracle to appear instead of tackling the issues. The main reasons as to why these may develop are:

Either way, if both parties are to reconcile, the last thing to do is to hope that it will get better or go away. It quite simply won’t. It’s a bit like a bowl of water: if you allow it to sit for days, the water will become stagnant and mouldy. At that point, it isn’t going to get any better and in the same way, if you don’t try to save the relationship, then the risk is that it will end anyhow.

So what do you do?

The first thing to do is to acknowledge there is a problem and to establish what lays behind it. Only then can you move forward in whatever way.

Talking in a constructive manner is essential. However difficult, the idea here isn’t for you to point out all what the other person is doing wrong or trying to score points. The primary aim is for you to understand your partner and their point of view before putting yours across. Otherwise, both end up in trenches, not listening to one another and just preparing what they are going to say next. Some of the things they say might hurt you but acting like an ostrich isn’t going to help you.

If one of the partners was unfaithful, emotions will run high and it will be crucial to establish what led him or her to behave in that way. It normally doesn’t happen by accident (unless the person is a ‘serial cheater’, which is a completely different story) and both will have actually played a part. The relationship will not be saved if the injured party doesn’t forgive the other person.

Remember to take things slowly and start doing things that you both enjoy together. Spending that time will help to recreate the bond. If it can’t be recreated or deepened, then you will know that it’s too late.

There are some difficult conversations to be had but the outcome will be far worse if you stay in that state of stagnation and limbo. So start talking, find out about each other again and change the pattern before it’s too late and you get to the point of no return.

How to Get the Perfect Relationship

We all want to get our own way. We would like to have it all,…

Are You Scared Of Commitment?

Commitment can be regarded as something scary and that needs to be thought about carefully.…

Unfortunately, not all relationships work nor can be saved, as the time spent ignoring the…