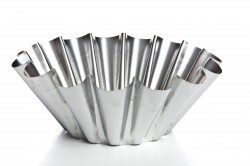 For years, people met young, got married, had kids and stayed together until death did them part. However, in the western world and since the middle of the 20th century, things have started to change. This is probably due to numerous causes, from greater financial independence for women to advances in technology. In the past, we strived to have a roof over our heads and food on the table but most of us are no longer in survival mode and now seek a good ‘quality of life’.

This has expanded to relationships and if people aren’t happy or feel they could be happier without the person they committed to, they leave. Those who never married and concentrated on their careers for instance are also the victims of this and it is possibly because we now have choices where we didn’t really before.

However, the ‘stigma’ of being single remains. Unattached people are often looked at in a different way because they do not fit the traditional social mould. It is as if there is something wrong with you because you won’t/ can’t conform to what is expected and people will talk to you in that way and put you in an imaginary box. This is mainly due to the fact singles can be perceived a ‘threat’ and also represent what the married person often dreads.

Yet, there are no reasons to make you feel like there is something ‘wrong’ and to be honest, the shift that is currently taking place actually means in that a few decades, most people will experience single life at some point in their middle age.

My advice if someone makes you feel like you don’t fit in and there is something wrong with you, is to literally shrug it off. Try to consider the reasons and unconscious fears that make them hold such beliefs. So, don’t worry about what people think and the box they are trying to put you in. Be happy with your single situation, as it is better than being with someone who makes you unhappy.

5 Tips For A Successful First Date

Even the most confident of people can get nervous before a first date. The way…

Does a New Year Mean a New You?

The Emotional Roller Coaster of Dating…

We've all been there. The sweaty palms, the butterflies, the sense of anticipation and excitement...…